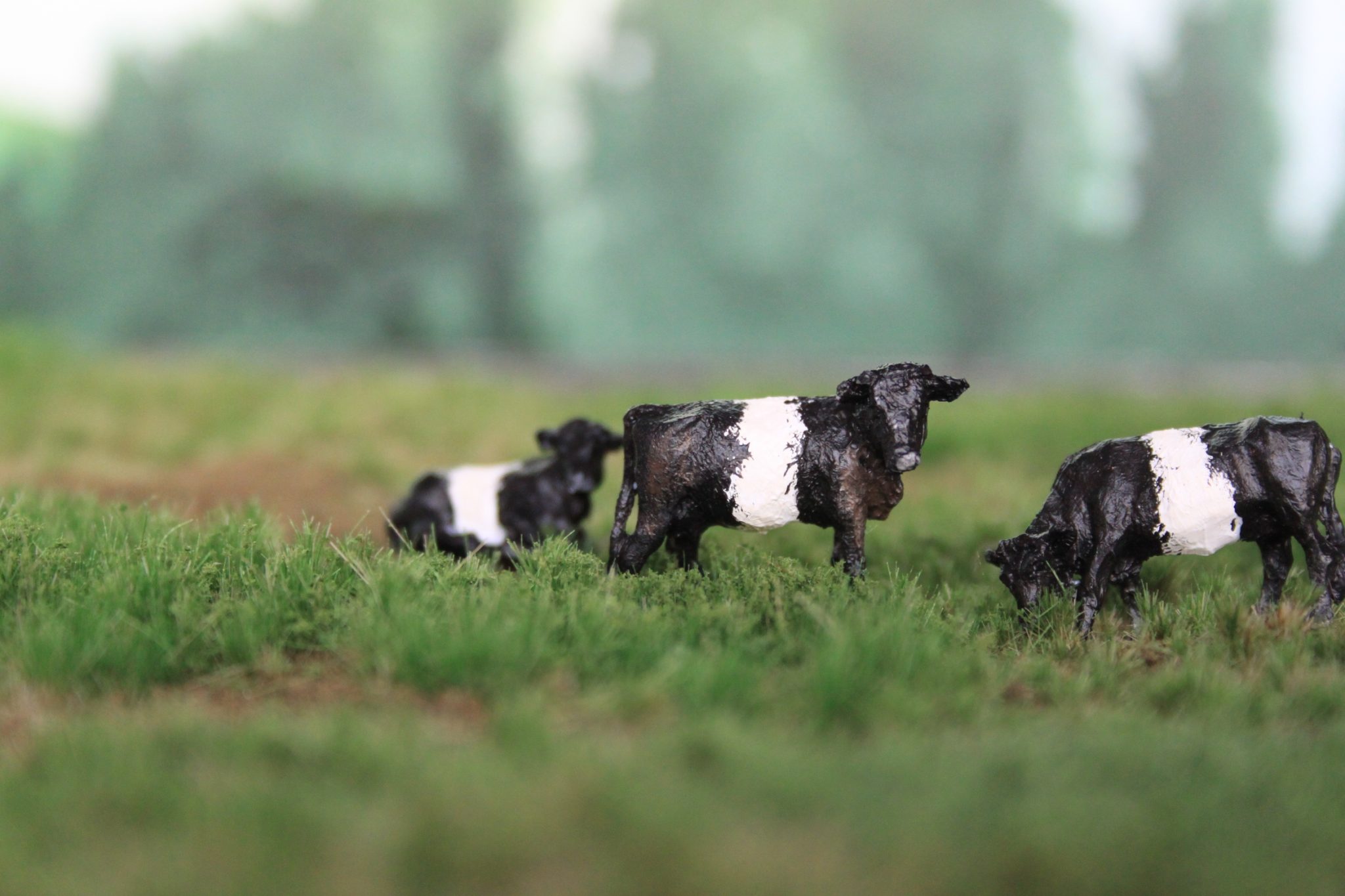 These cows are originally from Scotland. They look a lot like the Dutch Belted cows, but have probably never been crossbred with these Belted Galloways have been spread over the whole world, from America to New Zealand, but can also be seen in several European countries. They are beautiful animals that can be recognized from far away.